Today, forest areas cover more than 94% of the area of Synevyr National Nature Park. But if we analyze the history of at least the last century, they were under a great threat, and not properly protected.

In the post-war years, until the creation of the National Park, forest plantations were intensively exploited. It is recorded that in 1978-1990 in the modern territory of the park 50-60 thousand cubic meters were cut down annually for the main use, and up to 15 thousand cubic meters - for the intermediate felling (care cuttings, and sanitary cuttings). From 1960 to 1989, 4,113 hectares of forests were cut down in this area.

For comparison: during 1990-2017, forests were cut down, and 31 hectares of forest crops were planted. After all, since the creation of the park, only sanitary felling has been carried out, due to which local residents receive firewood to heat their own homes. In addition, over the past 10 years, compared to the late 1990s and early 2000s, the situation in the park has improved significantly with illegal logging. If, in the turbulent 1990s they reached 500-650 cubic meters per year, in recent years the volume of illegal logging does not exceed 20-35 cubic meters per year. 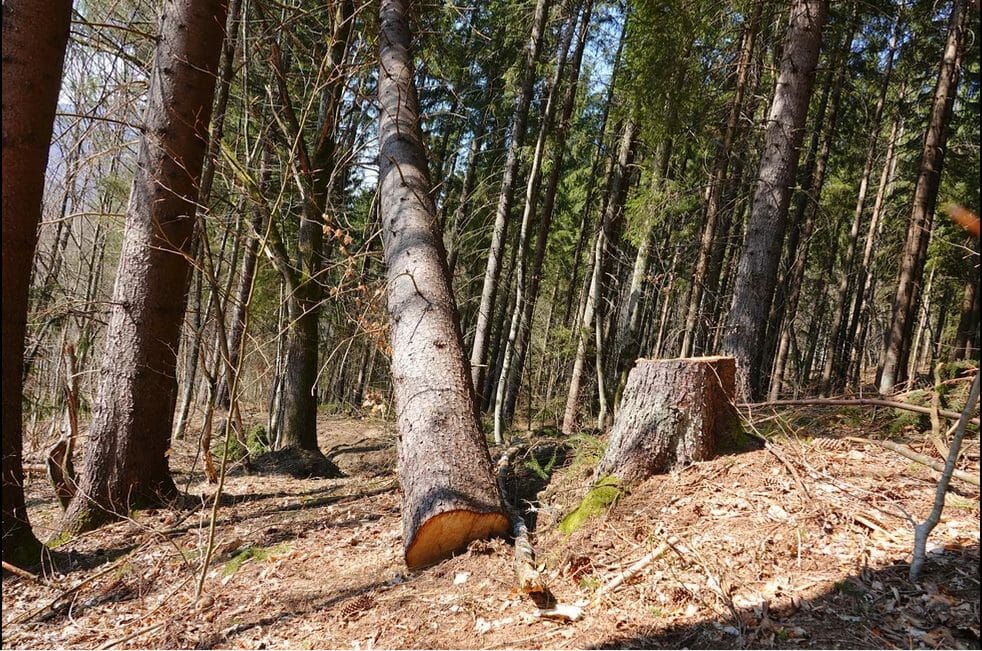 The low level of ecological consciousness of the population is a significant threat to biodiversity. Thoughts about the inexhaustibility of natural resources, and the boundless ability of ecosystems to offset the negative impact of human activities often prevail in the public consciousness.

At the same time, man has a more negative impact on the soil than even natural disasters. For example, due to the constant cattle grazing in mountain meadows. And worst of all, burning dry land, people are actually setting fire to subalpine meadows. And in addition to the loss of biodiversity, it can also lead to soil instability, erosion, and ecosystem transformation, which is not for the better. 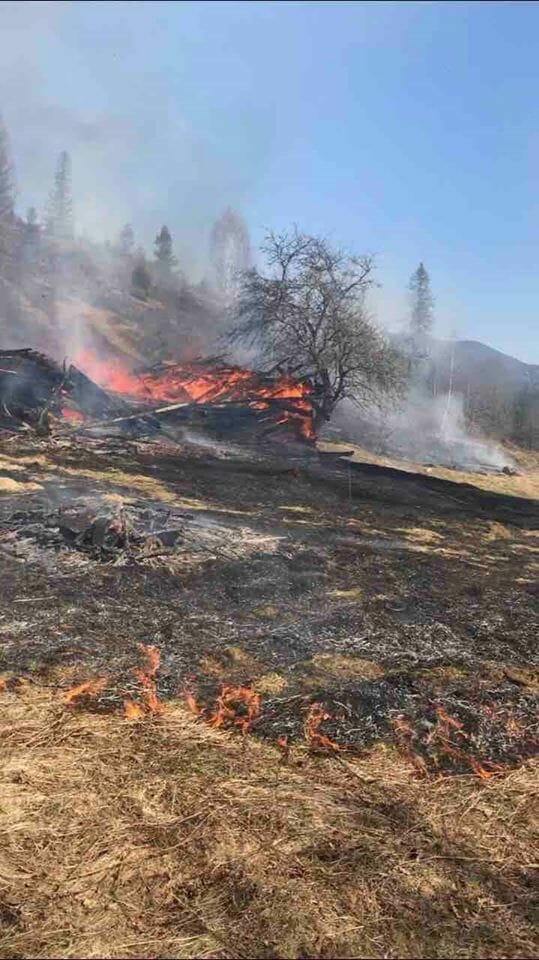 With the development of the tourist and recreational sphere in the Carpathians, non-traditional types of tourism have become more frequent. One of the most popular today is riding off-road vehicles, ATVs, or motorcycles.

However, it is necessary to remember that uncontrolled and unsystematic use of natural areas for this purpose is strictly prohibited, saying nothing of the areas of nature reserves (nature reserves, biosphere reserves, national nature parks, landscape parks, reserves, etc.).

This type of recreation has negative consequences for the environment, because it causes the following: 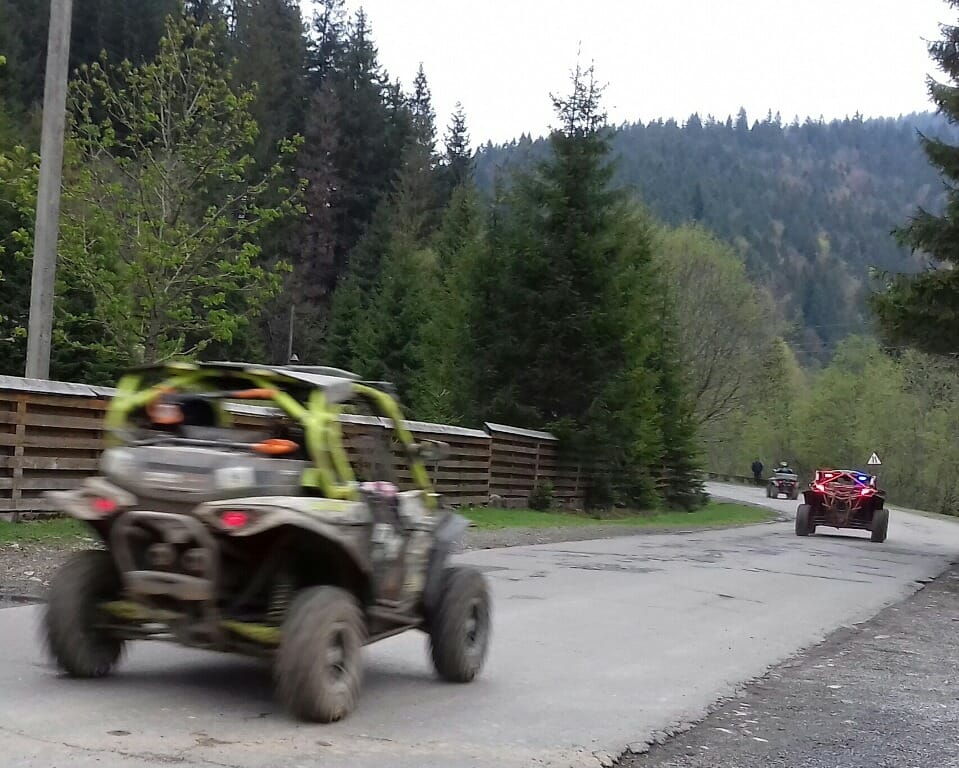 The consequences of the spread of adventitious plants - those that are “ecdemic” to a particular area, specially or accidentally brought here, have long gone beyond agricultural issues, and become an environmental problem. Now they are increasingly penetrating the areas of nature reserves, as a result of which the local flora is changing.

There are 104 species of such plants in the Synevyr Park, which is 11.67% of its floristic wealth. This figure is quite high for the protected area.

Invasive plant species pose the greatest threat to natural plant communities, especially in the nature reserve. They have a high capacity for expansion, and threaten flora and fauna, causing the extinction of native species. There are 11 species of invasive plants in Synevyr Park, but the distribution of most of them is limited.

The negative impact of invasive species is that they consume a lot of moisture and nutrients, shade the habitat of natural plant species, inhibit the regeneration of herbaceous and woody plants, deplete the soil, cause erosion, and adversely affect nearby plants. 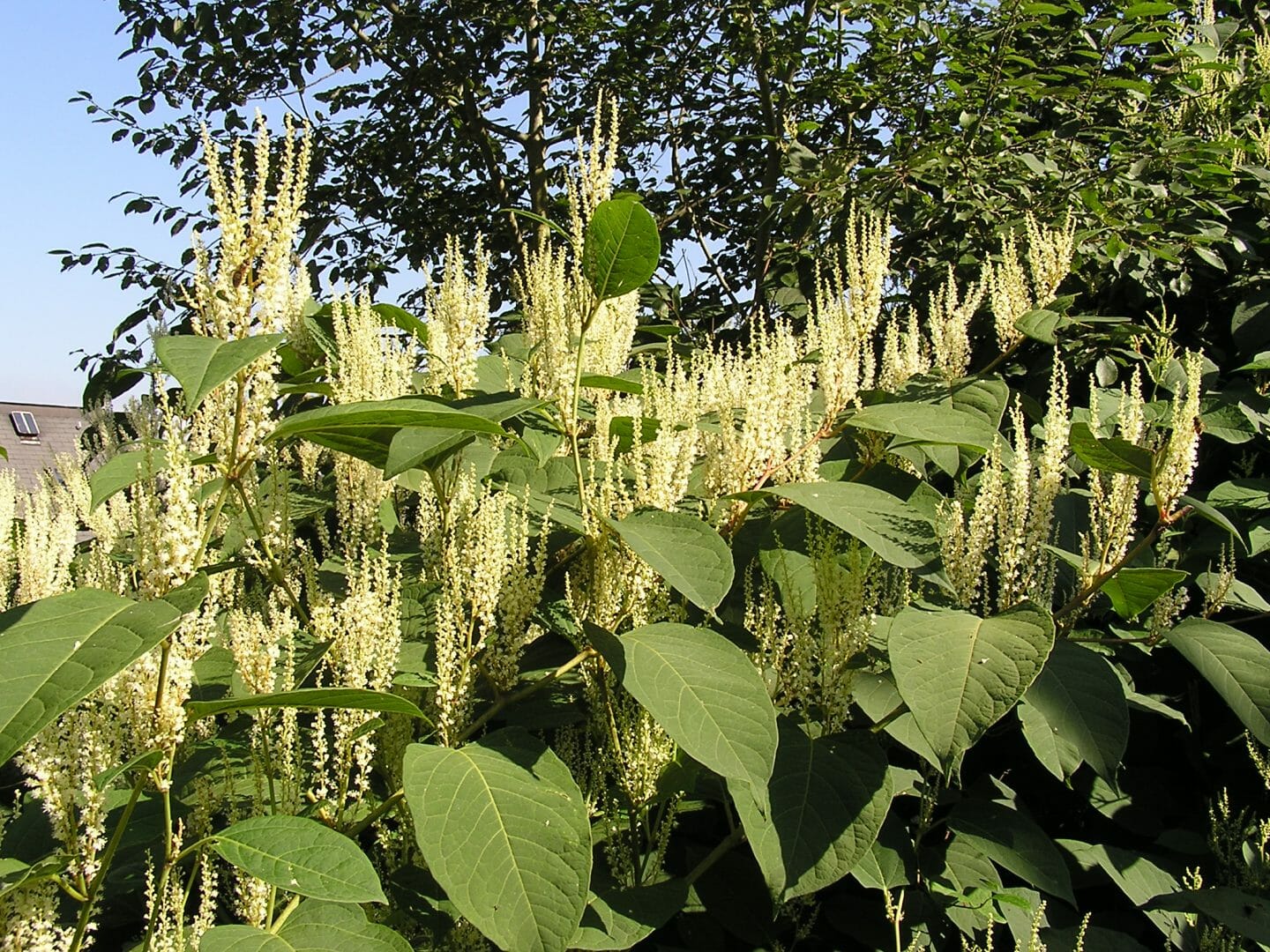 Also, forests, especially conifers, suffer from warming. Because spruce has a superficial root system, lowering groundwater and no precipitation leads to desiccation.

In addition, the spread of stem pests and forest diseases is a significant threat to forest plantations. In some areas, a significant part of trees that have been exposed to windstorms and snowdrifts, have fungal diseases of root and stem rot. Single white fir trees are affected by cancer. 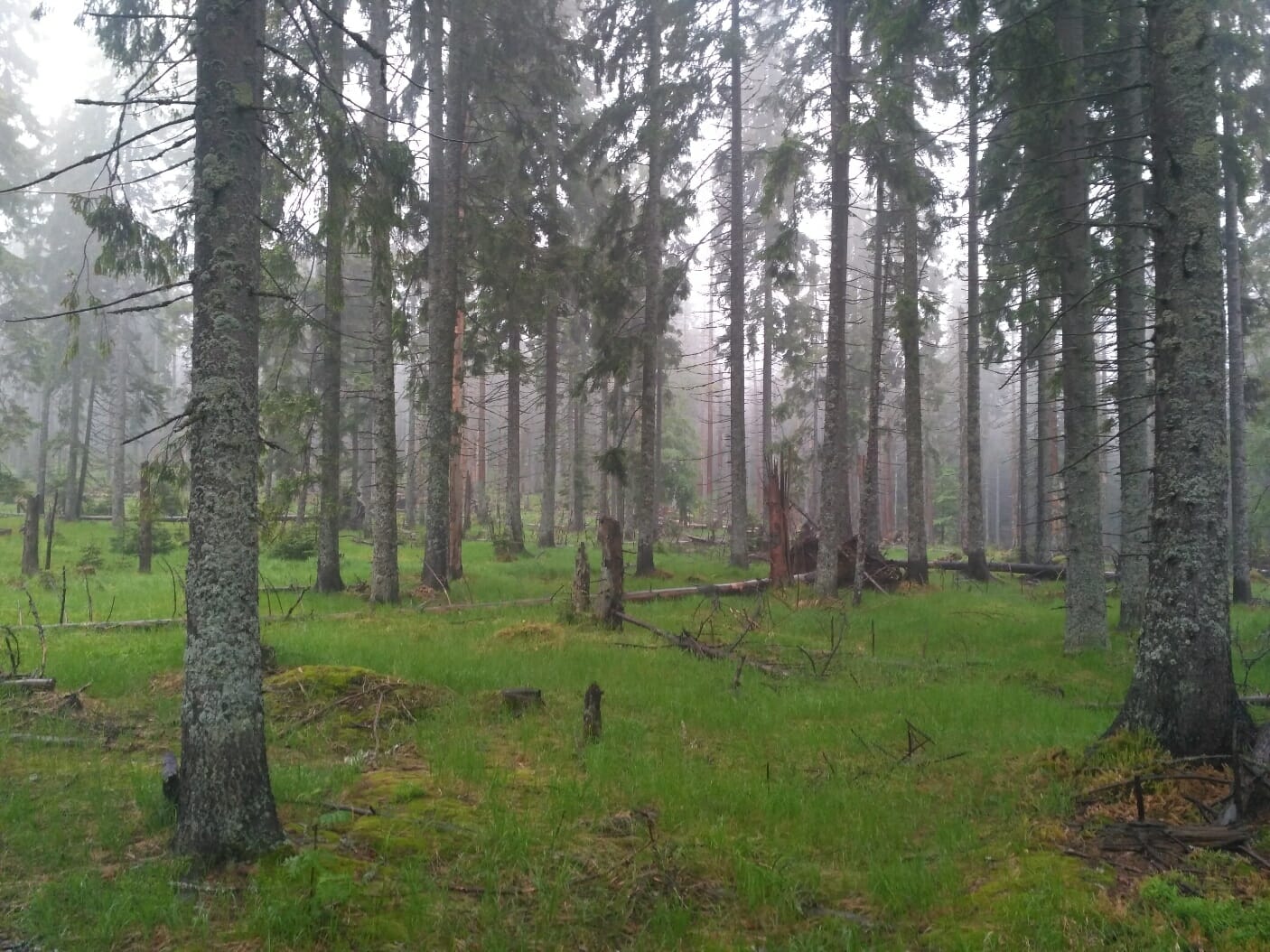