The class of amphibians in the park is represented by the spotted salamander, Carpathian and Alpine newts, grass frog, and toad. From reptiles, a viper, wing-footed and live-bearing lizards are common here.

Stream trout, grayling, and minnow are found in mountain streams. A special lake form of trout was formed in Synevyr Lake.

The total number of fauna species is 1721, 235 of which are vertebrates.

90 species of animals found in the park are included in the Red Book of Ukraine. The international lists of wild fauna species include the following: 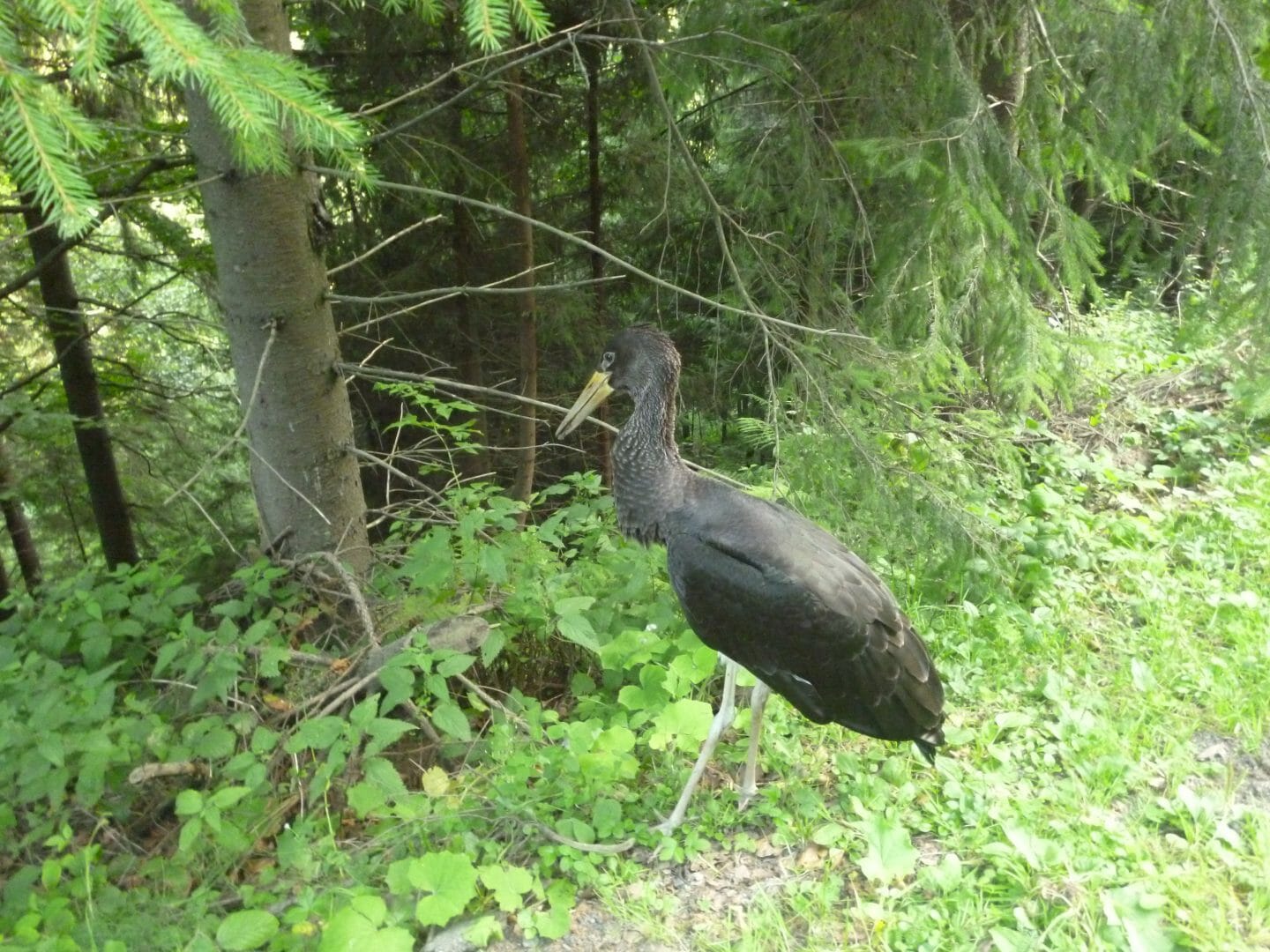 Black stork (Ciconia nigra) is a species of birds of the stork genus, and stork family. It is listed in the Red Book of Ukraine. The plumage of an adult bird is mostly black, with a green and purple metallic sheen. Only its lower chest and abdomen are white. Their beak, legs, throat, bare skin around the eyes and bridle are bright red. They live in the Synevyr National Nature Park, preferably in old deaf forests near reservoirs and bogs. They are also found within Synevyr Lake, but not many.

The wolf (Canis lupus L.) is a carnivorous mammal of the Canis (Canidae) genus, which obtains food by actively searching for and pursuing its victims. Ungulates are the main prey of wolves everywhere. The color and size of wolves are subject to strong individual and geographical variability. Wolves have a family lifestyle, living in packs. Their pairs are formed for an indefinite period of time, almost for life. They have no natural enemies, and die of old age. They are common throughout the park.

As an omnivorous predator, the bear is prone to plant food, and has a relatively long intestine, almost 7.7 times bigger than the length of the body. The share of plant foods in the annual diet is 60-75%, depending on its availability and season. The plant food includes about 100 species of plants: succulent grasses and their roots, oats, wheat, barley, corn, bark of young spruce and fir trees, hazelnuts, beech, wild pears, apples, rowan, viburnum, dog rose, raspberries, blackberries, blueberries and cranberries, as well as mushrooms. From animal food, the bear consumes everything from a variety of invertebrates (ants, wasps, bees, earthworms, mollusks) to small vertebrates (amphibians, reptiles, fish, birds, small mammals), and even large animals such as wild pig, roe deer, deer, occasionally sheep and cattle. It does not have any natural enemies, and is spread throughout the park. 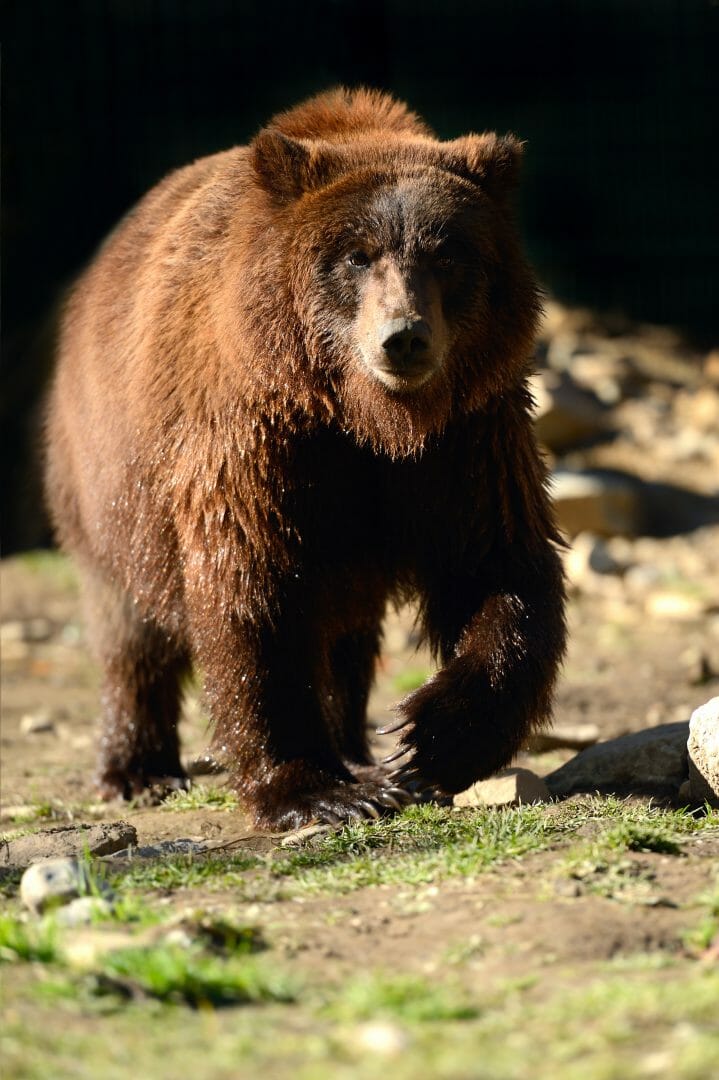 Lynx (Lynx lynx Linnaeus, 1758) is a genus of carnivorous mammals of the felidae family. Lynx are characterized by the fact that their ears are topped with a bundle of black hair (tassels) and long vibrissae, as well as the body with a short tail and long legs, which is different from other cats. It has a very specific head: it is relatively small, round and very expressive. Lynx body weight varies from 5 to 30 kg. Its body color varies from medium brown to golden and beige-white, sometimes with dark brown spots, especially on the extremities. All lynx have white fur on their chest, abdomen and inside of the legs. The color, length of the hair, and the size of the paws can vary depending on the climate in their habitat. It is spread throughout the Synevyr National Nature Park. 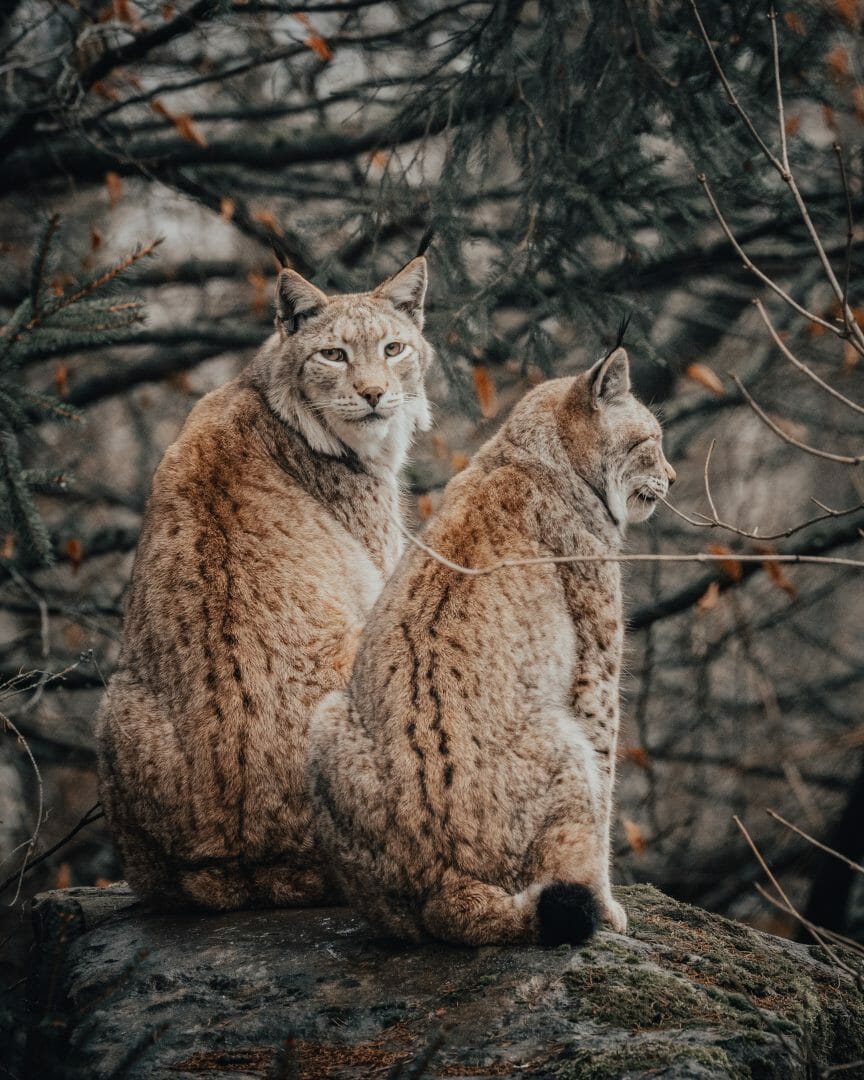 Red deer (Cervus elaphus) is the most common deer species in the world, and the largest animal of the deer genus (Cervidae). Its body length is 160-250 cm. Its height at withers is 120-160 cm, and its weight is 95-250 kg. Deer eat at least 300 species of plants, mostly grass, leaves and shoots, mushrooms, lichens, reeds and salt marshes from wetland vegetation. At the age of one year, males’ horns start to grow. By the fall of the second year, their growth stops, and the young male can be decorated with petrified “matches” or “pins” - horns without tines. In March and April, the deer throw their horns, then new ones grow after that, with a new tine each year. Deer live alone, and in groups. The maximum lifespan of a deer is 20 years, the average is 5-6 years. They are spread in the whole area of the national park. 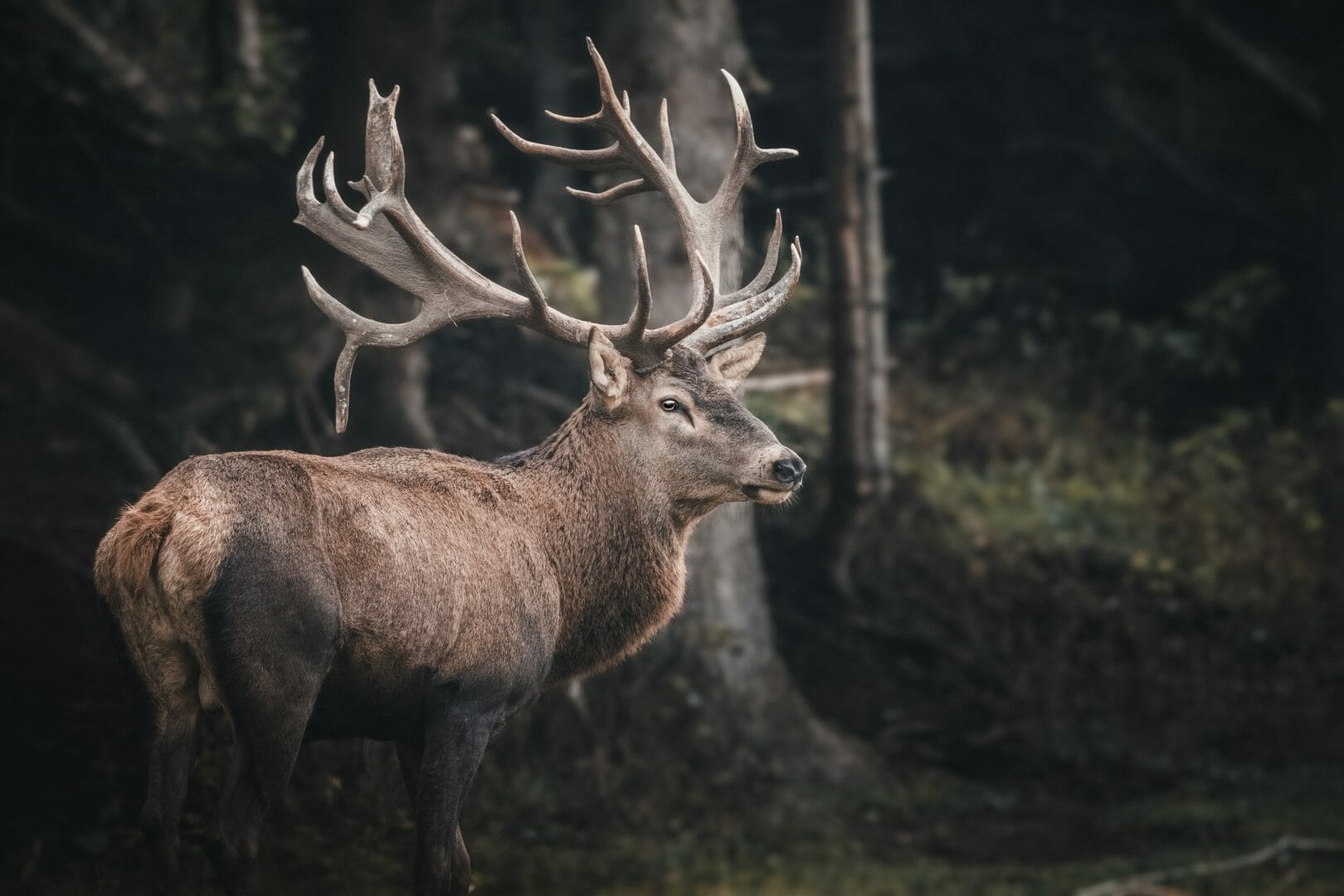