White Beast Waterfall is located on both sides of the road near the village of Synevyrska Poliana. Cold water falls from the rocky mountain slope between the spruce and beech, pours over the stones, and turns into noise.

The White Beast Waterfall is changeable “by nature”. In spring, when the snow melts in the mountains, it is full of water, and rushes down to Tereblia river with great speed and roar. In summer, during a long drought, this waterfall “calms down”, and its gutter narrows. But in autumn it “wakes up” again, and water rumbles in the rocks. And it “sleeps” in winter. When severe frosts reign over the Carpathians, the “exhausted” mountain waterfall freezes, embracing the rock with ice. 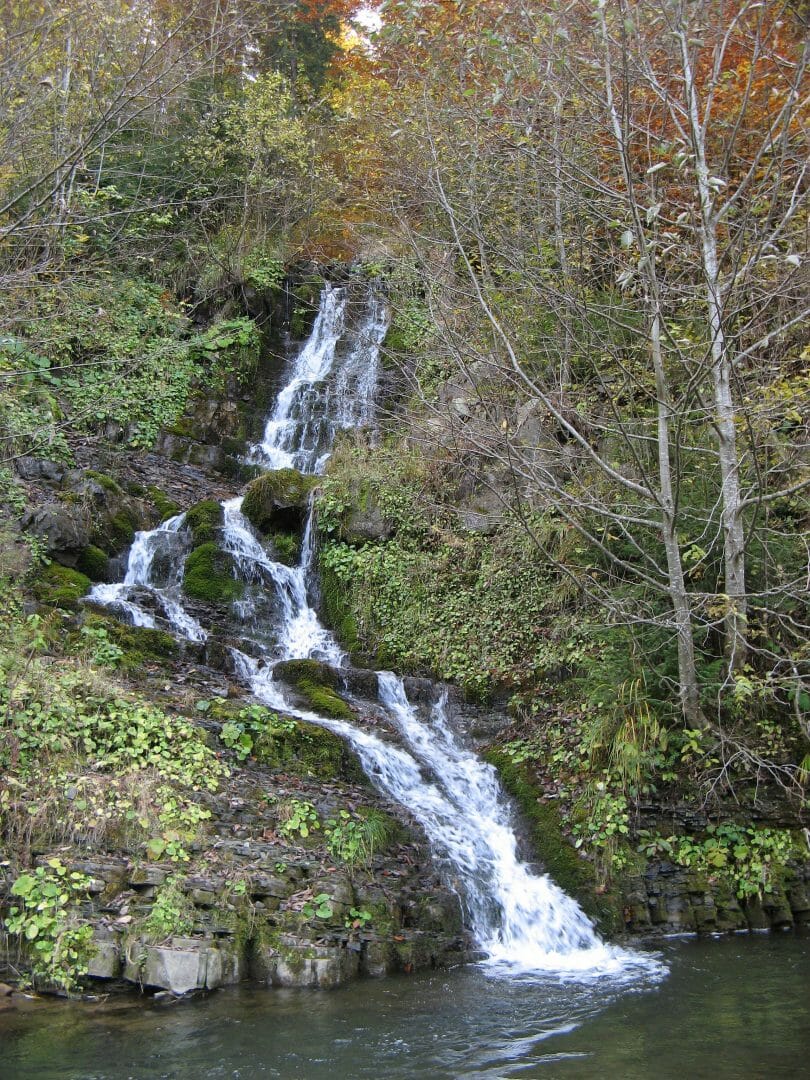 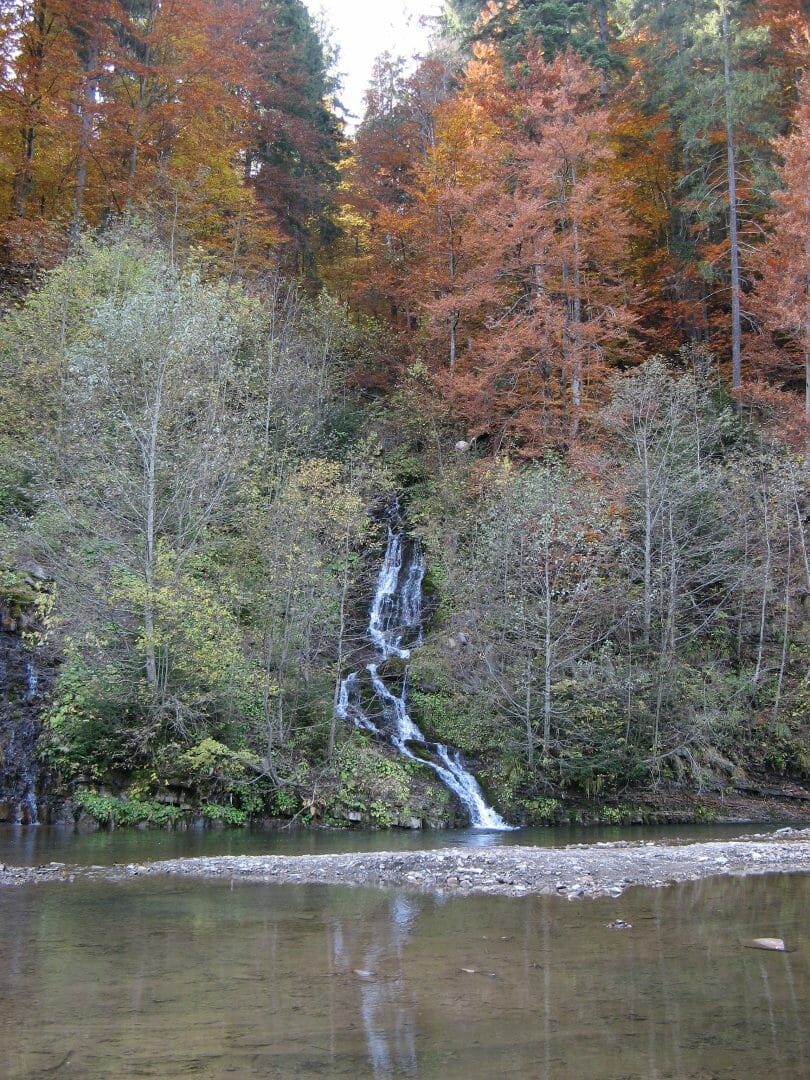 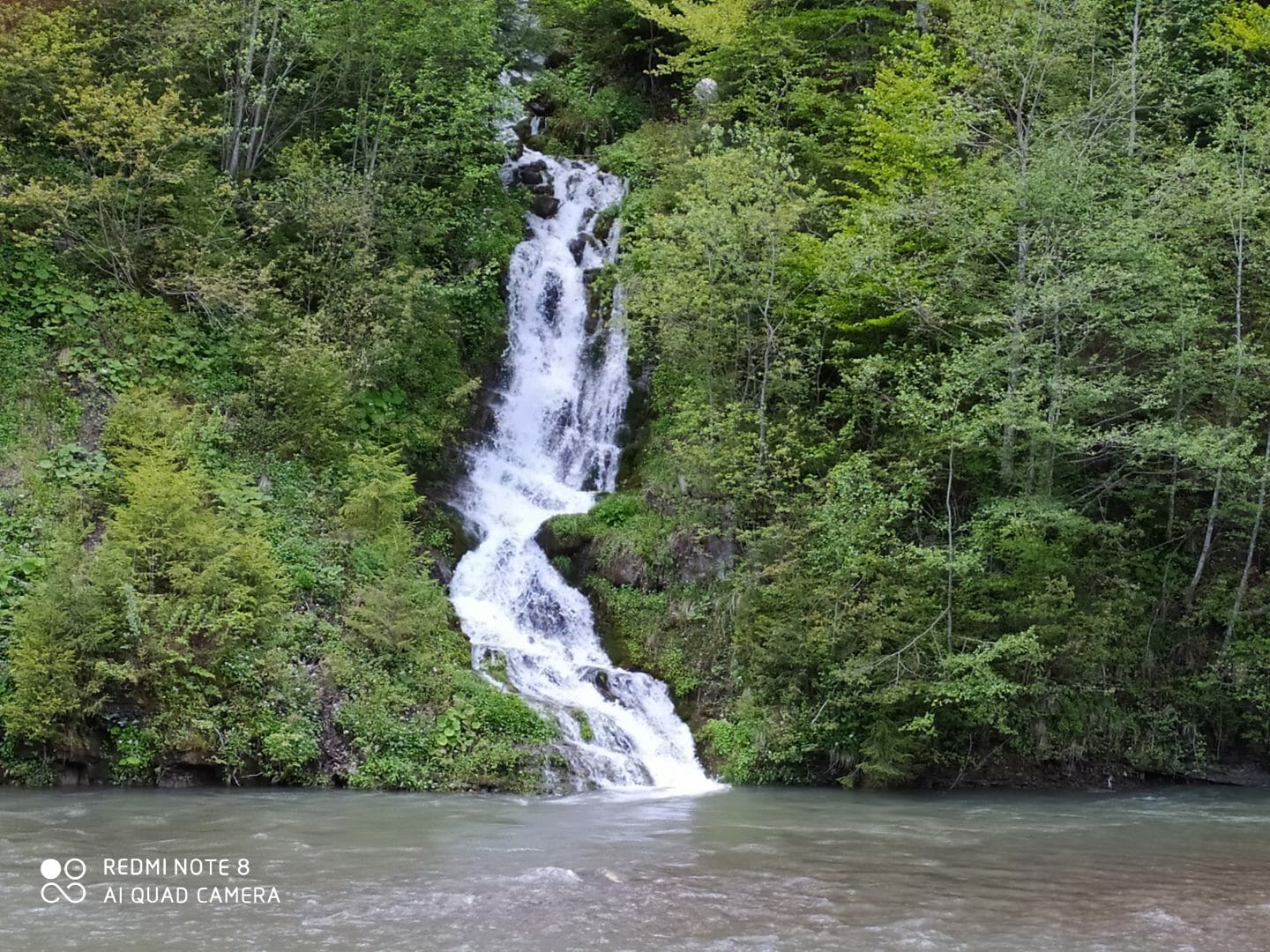 It may be interesting