Museum of Forest and Rafting

There are only two museums of such kind in the world - in Ukraine and Canada. The Museum of Forest and Rafting is located on the territory of our park.

In the middle of the ХІХ century, two dams were built on the Chorna River which were used for rafting the wood from the mountains to the valley. One of them, designed by the Austrian engineer Clause, has been preserved to our time, and the Museum of Forest and Rafting was placed on it. Before the heavy floods started here, you could have a look at the living premises of brave wood choppers and bokorashmen raftsmen (bokor stands for a float board), who floated the felled wood down the river, as well as relax in nature, admire the beautiful scenery, and breath healthful air.

The museum on the dam is now being restored, but the old exhibits which could withstand not only time but also floods, can be seen in the visitor center of the Synevyr National Nature Park.

There are several rooms with authentic things exhibited in this building. Excursions in the museum restore the imagination of the ancient spirit of the times of brave raftsmen. The photos convey the peculiarities of bokorashmen work. 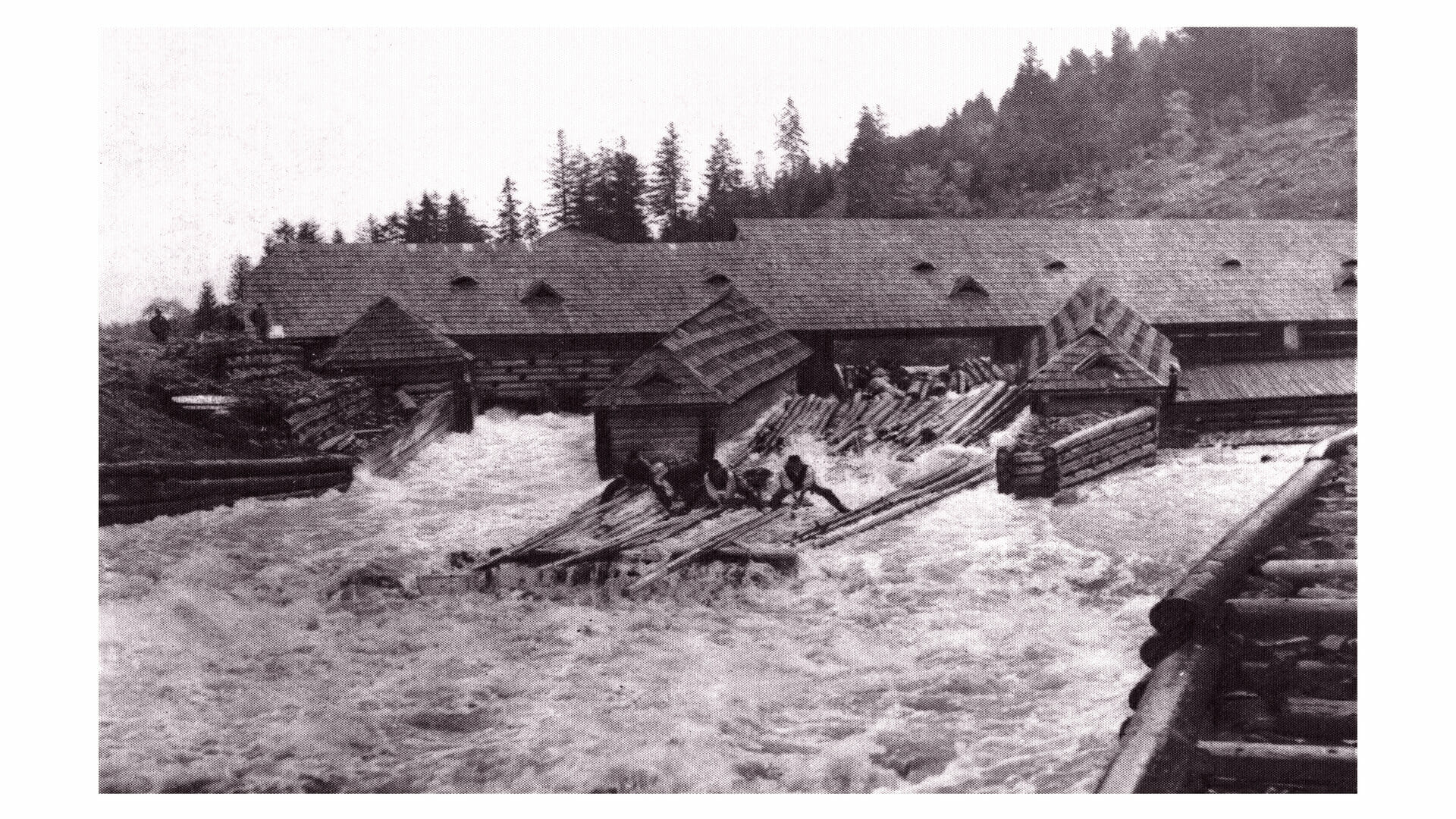 You can see this location on the following routes:

It may be interesting